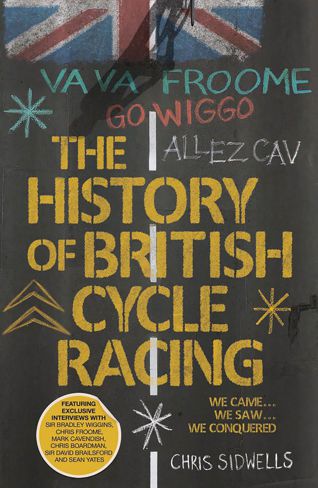 The History of British Cycle Racing

British cycling is the best in the world: Chris Froome won the Tour de France in 2013 and 2015; Mark Cavendish won the World Road Race Championship; and Sir Bradley Wiggins set a new one-hour track cycling world record. All this has happened since Wiggins won the 2012 Tour de France and, 10 days later, won Olympic Games gold in the time trial, to say nothing of another display of Olympic Velodrome domination by British cyclists. These are just the most recent highlights of Britain's cycling pedigree.

But this success did not come overnight, and this fantastic updated edition of The History of British Cycling delves into Britain's illustrious history in the world's major cycling events. It looks at all the characters, from Reg Harris, a track superstar and household name in the 1940s, and Tom Simpson, whose exploits in the 1967 Tour de France cost him his life, to Chris Boardman, 1992 Olympic track champion, and Cavendish, who is third all-time in Tour de France stage victories, with dozens more in between.

It examines what these exceptional athletes had to do to get to the top of their respective events and the stories that surrounded their success, all set against the rich history, rivalries and culture of the races they took part in. It examines all the cycling disciplines, including mountain biking and BMX, where British cyclists such as Steve Peat and Shanaze Reade have been world champions. This largely untold story is complemented by interviews with many of the great names in British cycle racing and superb action photograph